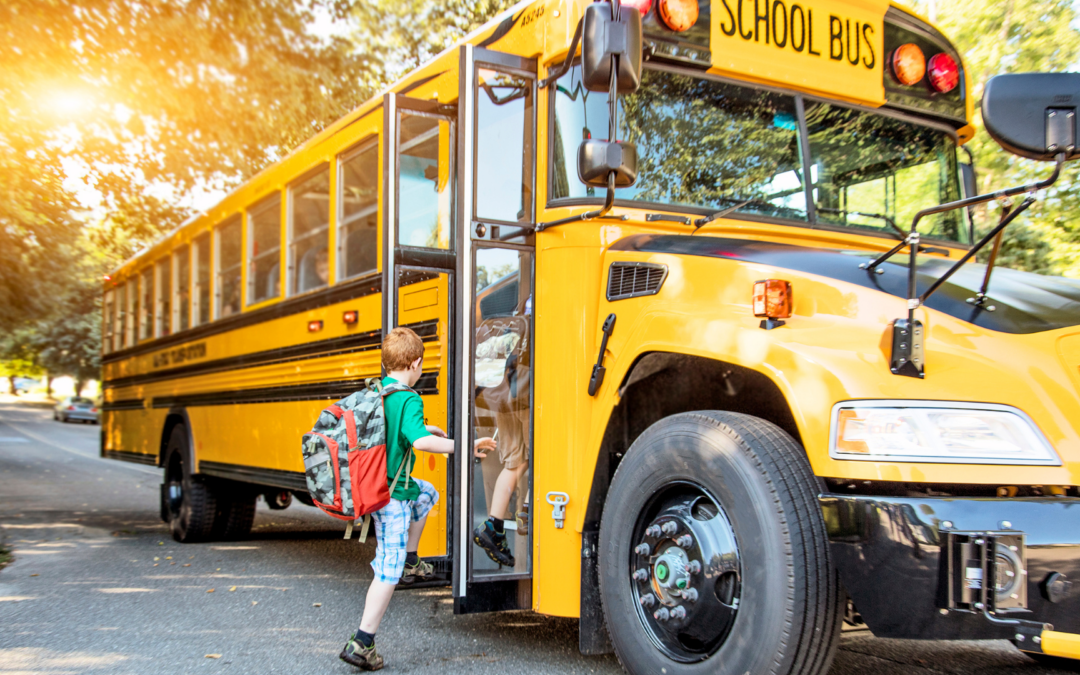 With their bright yellow color, flashing red lights, and stop signs that extend when students enter or exit, school buses are among the safest vehicles on the road. In fact, taking a bus to school is 70 times safer than commuting by car.

Yet their tailpipe emissions are a threat to the students riding them and to everyone who lives near their routes. Why? About 95% of school buses in the United States are powered by diesel fuel, which when burned emits pollutants that harm human health and warm the planet.

The biggest single bump came in December when bus dealer Midwest Transit Equipment and SEA Electric, a provider of commercial electric vehicles, announced a deal to electrify 10,000 school buses over the next five years.

Several groups are campaigning vigorously to help communities transition to electric school buses. The WRI launched the Electric School Bus Initiative to promote and track this shift. Also active, among others, are  Moms Clean Air Force and the Sierra Club’s New Jersey Chapter. In June, the Zero Emission Transportation Association (ZETA) partnered with GreenPower Motor Company to do a demonstration of several electric buses on Capitol Hill.

Communities are tapping local, utility, and federal funds. The Inflation Reduction Act of 2022, recently signed into law by President Joe Biden, contains $1 billion for clean heavy-duty vehicles, including school and transit buses as well as garbage trucks. In addition, the bipartisan infrastructure law passed by Congress last year provides $2.5 billion for zero-emissions school buses powered by electricity, and another $2.5 billion to transition bus fleets from diesel to electricity or other fuels.

Electrification will reduce greenhouse gas emissions (GHG) and mitigate health impacts. Diesel vehicles are responsible for 9% of total U.S. GHG emissions and 26% of those in the transportation sector.

To get an idea of how diesel school buses pollute residential neighborhoods, the American Council for an Energy-Efficient Economy (ACEEE) analyzed their routes in New York City and Prince George’s County, Maryland. It considered what would happen if the buses were instead powered by electricity.

Pollutants from diesel exhaust—such as soot, particulate matter, and nitrogen oxides—are linked to asthma and respiratory illnesses and can exacerbate heart and lung disease. Children, particularly vulnerable because their lungs and brains are still developing, are exposed to these pollutants as they get on and off the buses and while buses idle during stops. Diesel emissions have even been found inside school buses.

Electric buses emit none of these pollutants. But because about 60% of electricity generated in the United States comes from fossil fuels, they reduce but do not completely eliminate emissions. School buses travel along densely populated routes, so while most power plants are located in sparsely populated areas, electric buses mean fewer people are exposed to air pollution.

Join Energy Efficiency Day 2022. We invite you to join hundreds of other people and organization in becoming an official supporter of this annual public awareness event and to check out www.energyefficiencyday.org for more energy-saving tips.